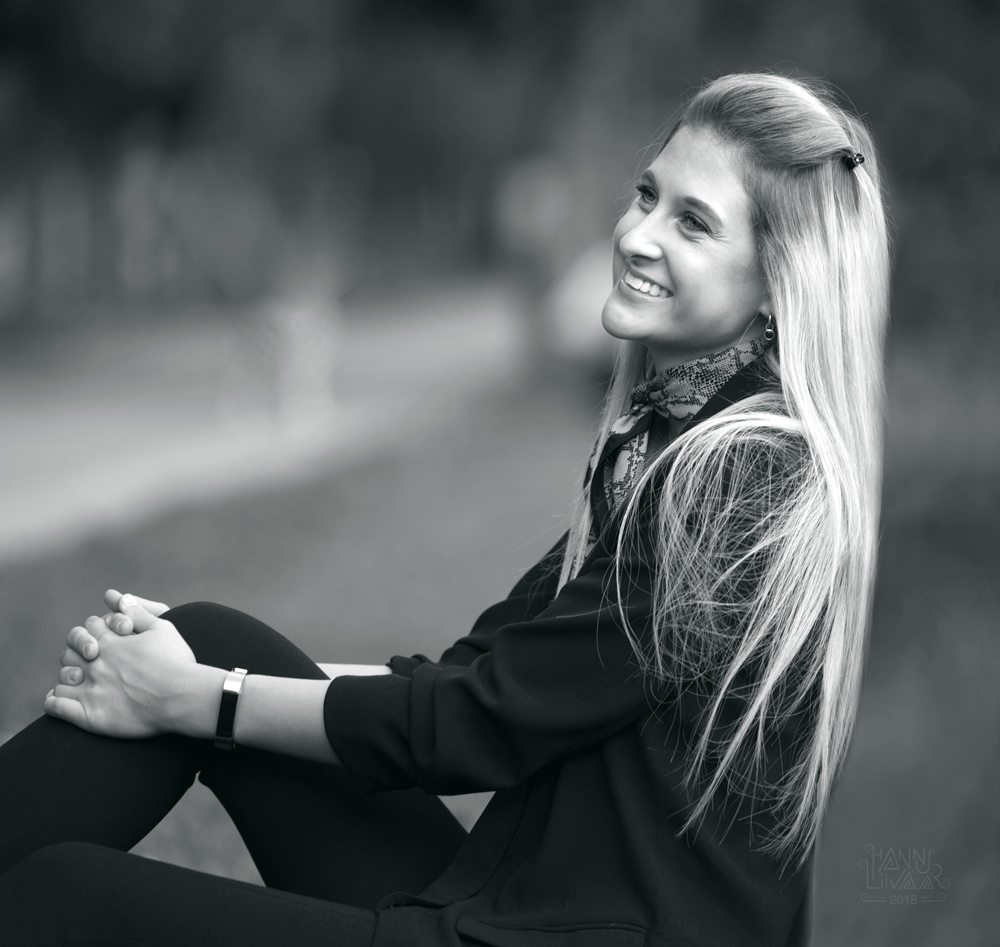 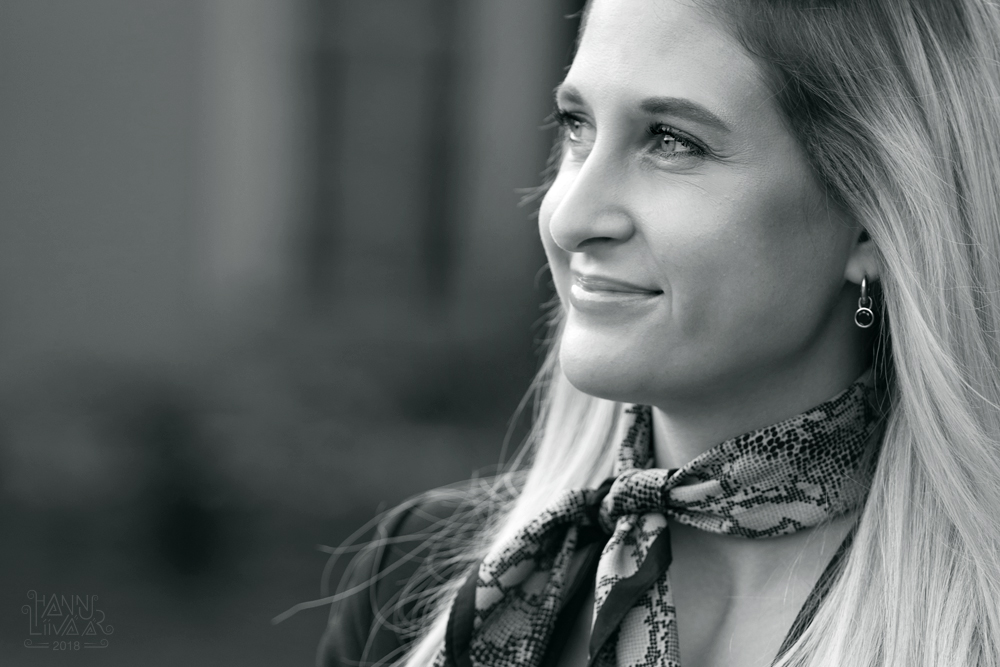 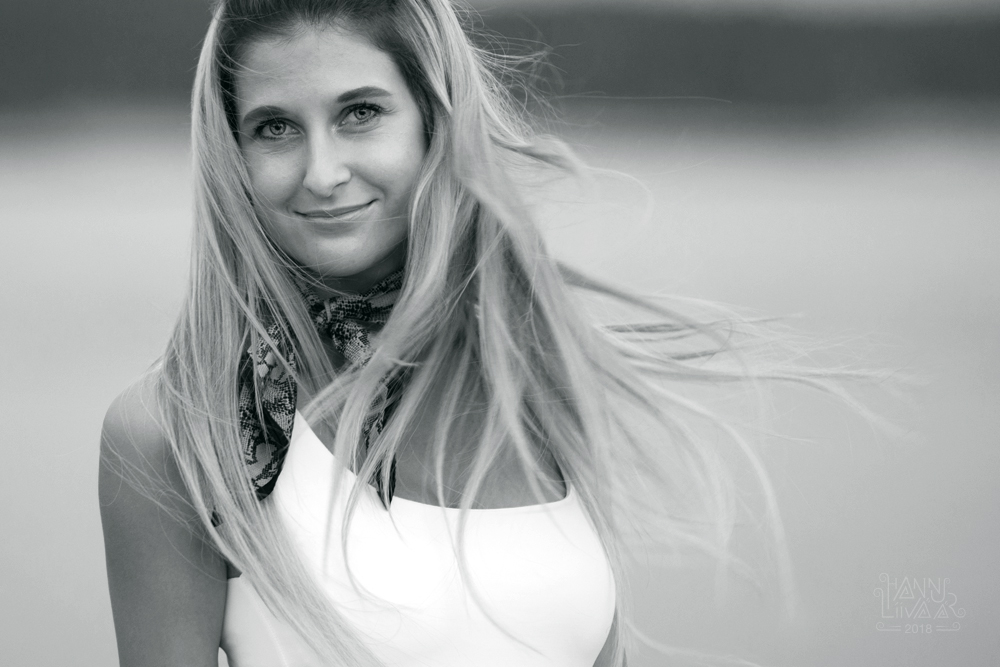 With the fabulous H.
Posted by bright at 19:10 0 comments 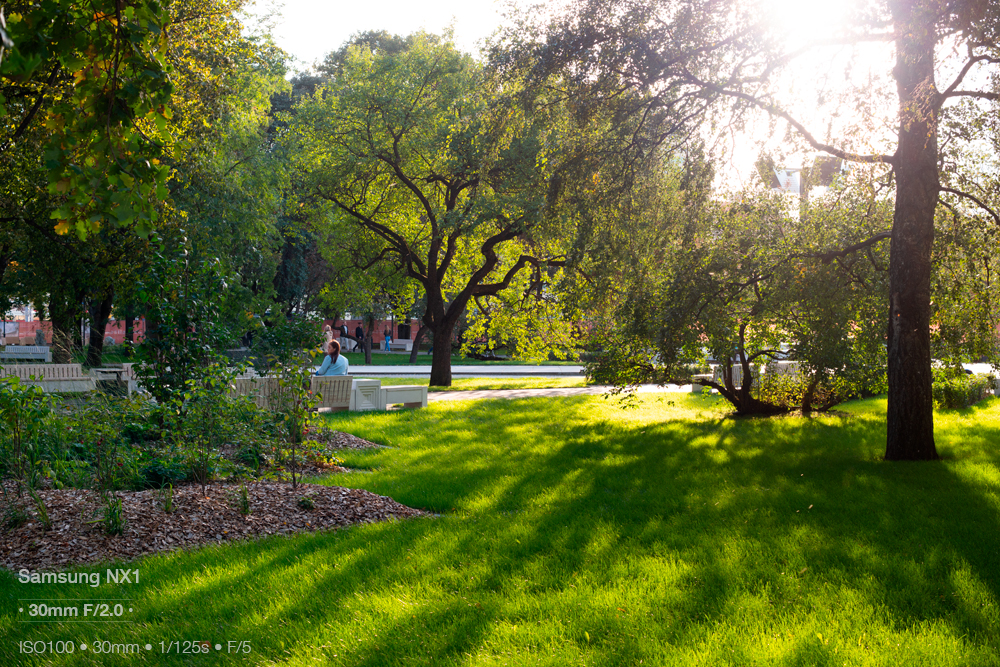 I'd like to share a few thoughts about pretty unique camera, the Samsung NX1. Also some photos along the text, to illustrate the capability of the body and NX lenses. 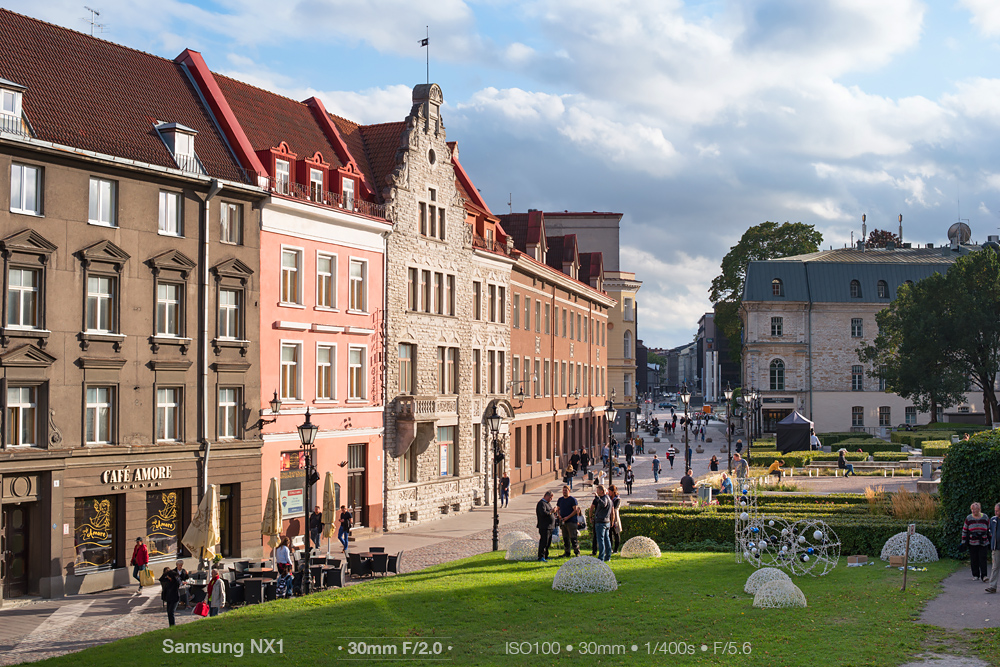 More than six years ago, Samsung announced their flagship hybrid/mirrorless camera NX1. The press release is still available at their website with the date Sep. 15, 2014. NX cameras were produced from 2009 to 2016 and NX1 was the most capable of the family. 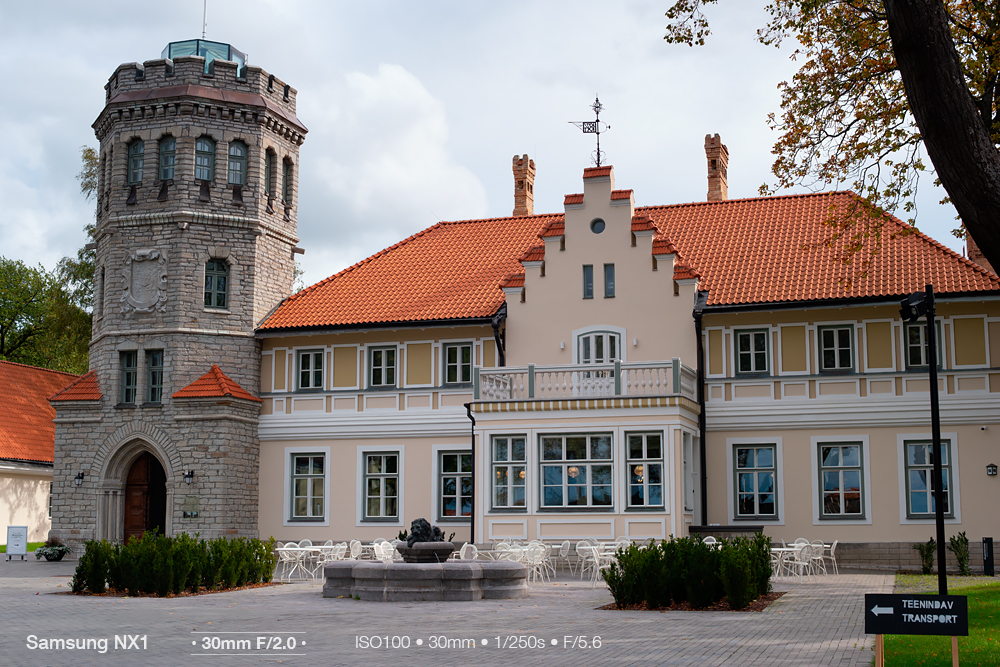 I've had the NX1 camera system in use for some time, and even though it is 2021, it's not a bad time to write a quick review about this little gem, specifically considering the specs of the camera. And, the ability of the sensor is still top notch six years later. 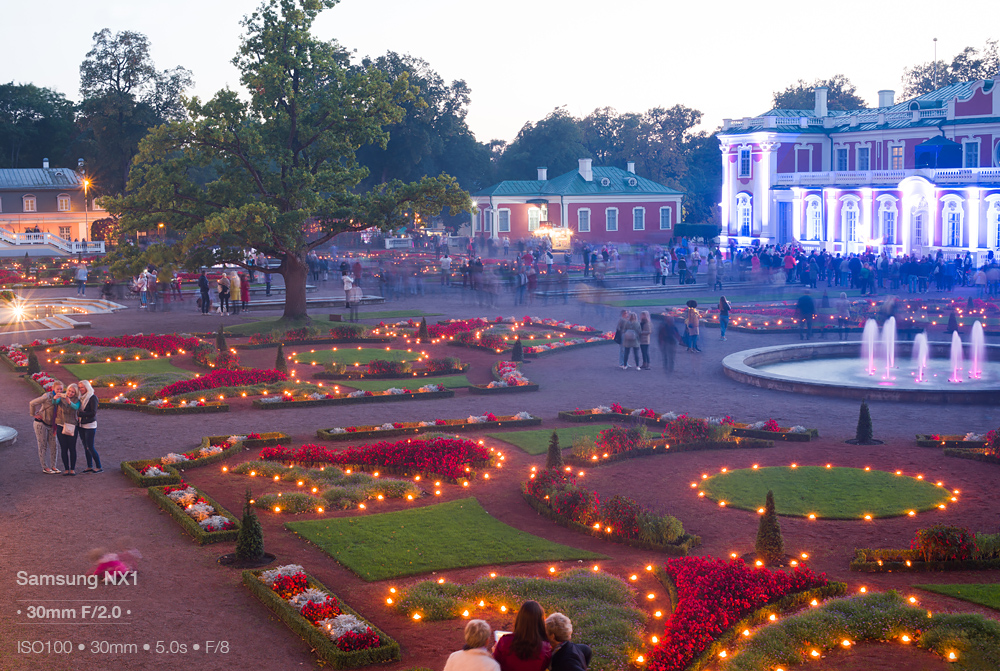 As of today, Samsung has silently shut down its camera division with not that much comments from their headquarters, so we really do not know the reasons behind stopping the production and development of the cameras. I've sent a request to Samsung years later, but only received a limited reply stating "they currently do not have any information available about it". Once visited a local retailer here in Estonia with the same question and they were guessing "the company decided to focus to smartphones in the future". So go get it - why so promising camera system was silently stopped. 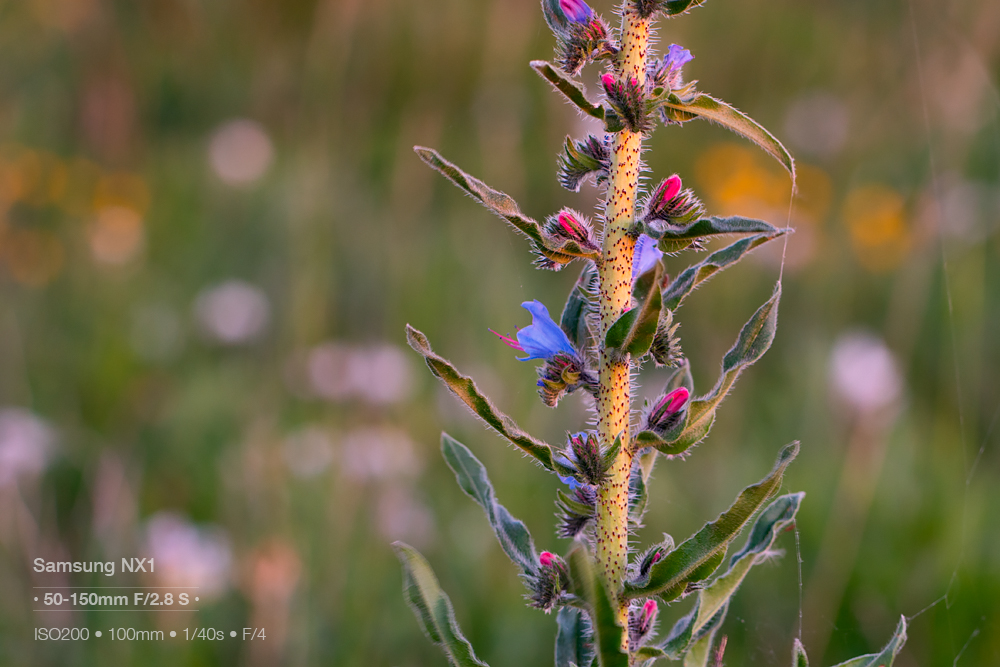 NX1 was the best camera ever produced by Samsung. Let's take a little look about the history of Samsung cameras - just to understand their camera DNA better. The very first digital camera was announced January 1st, 2002, and was a compact 1,3 megapixel consumer camera with 43mm F/2.8 fixed lens. 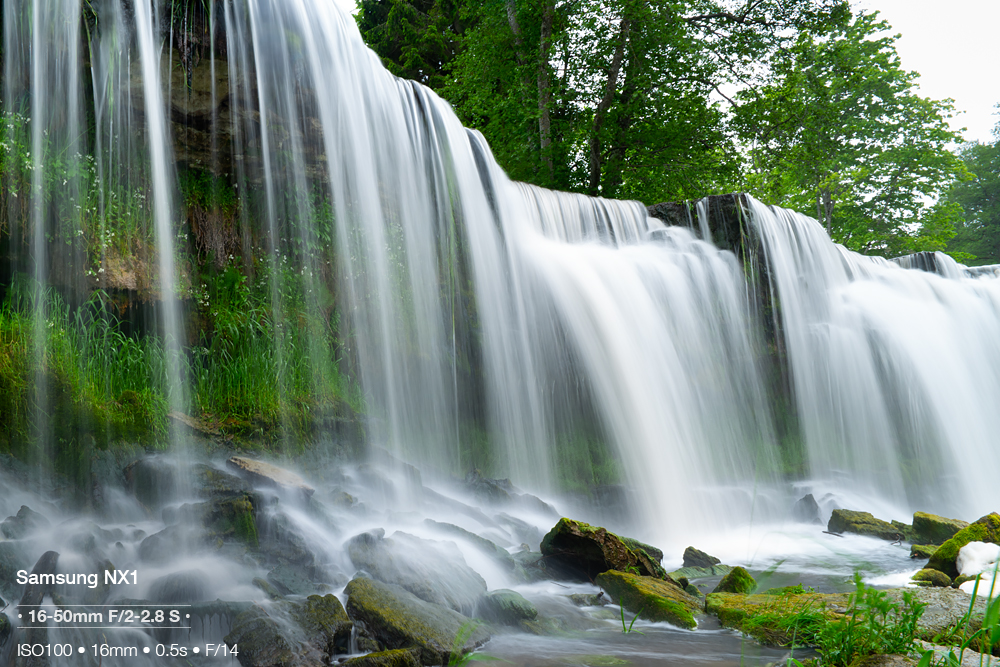 From 2002-2004, several compacts were introduced additionally, with small 2-6mpix sensors and 1.3-3.2x zoom lenses. Top of the line camera was Samsung Digimax V6 which could also record a faboulous 640x480pixel video and used SD/MMC memory cards (the original Digimax 130 used Compact Flash card). In addition to six another compacts, 2005 introduced something really cool - the Samsung Pro815. The camera had 15x zoom, Schneider-Kreuznach branded lenses and a 3,5" 230,000 dot LCD screen - the largest available the time when announced. 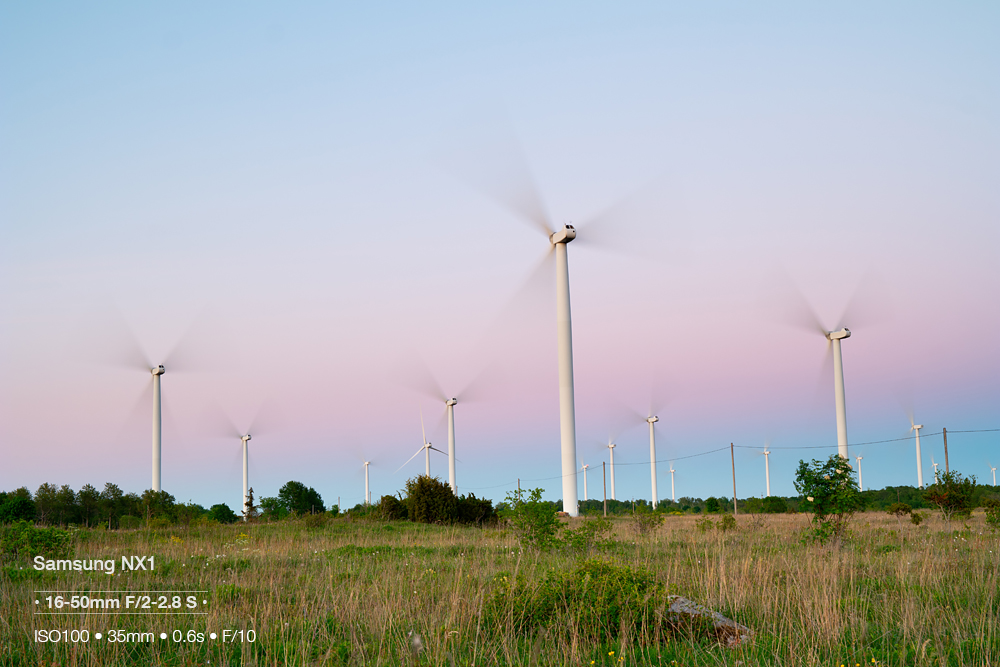 Start of 2006introduced the first Samsung DSLR-s, which were actually a rebranded Pentax cameras. Seven cameras were released on 2006, of which three were DSLR-s (Pentax cameras with Samsung badges). Top of the line was the 10 megapixel GX-10, a sister of Pentax K10D - quite a capable camera able to compete with Canon 400D and Nikon D60. 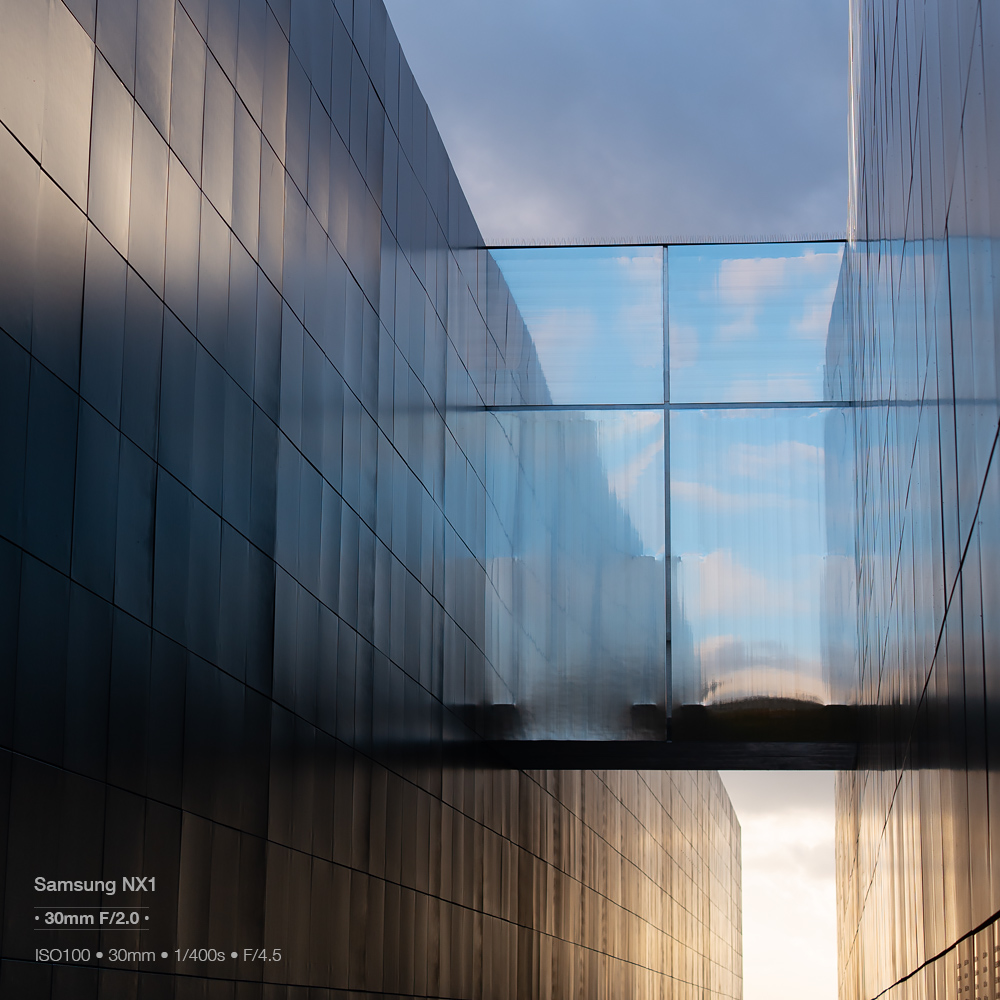 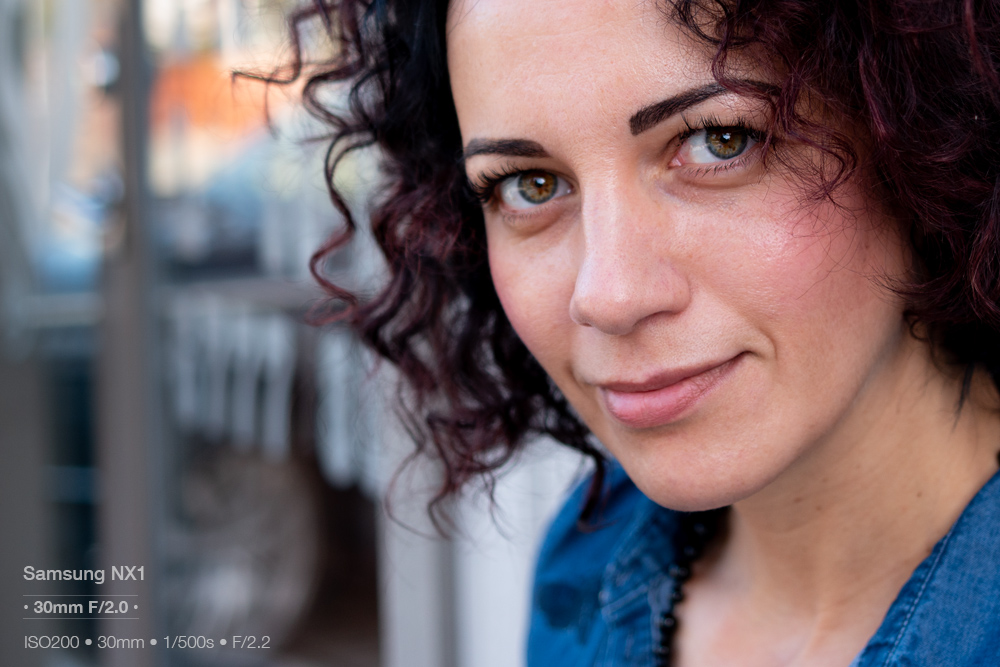 The following years (2011-2013) introduced several NX cameras, including NX20 and NX200. 2012 also saw an interesting EX2F model, which is suggested to be an enthusiast compact; EX2F had a F/1.4 lens on it and and ND-filter built in. Samsung Galaxy NX was also released on 2013 - one of the weirdest cameras of all times trying to mix a smartphone and DLSR/hybrid in one single unit. 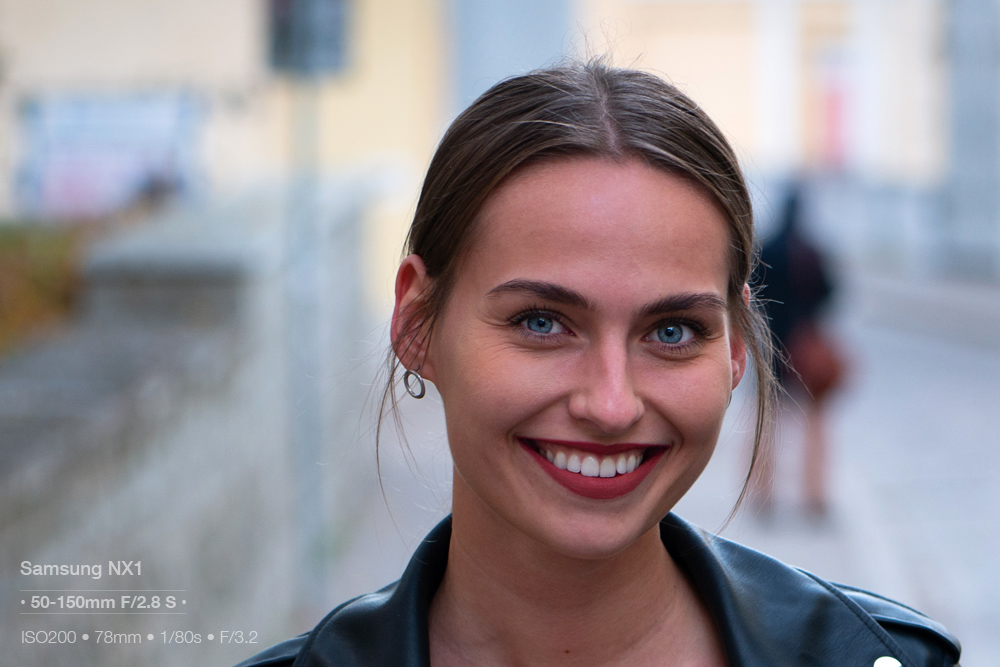 So twelve years after entering the market of digital cameras, and 155 different cameras (of which some were very innovative) later, the NX1 was released by the end of 2014 and shortly after, the compact version with the same sensor, NX500, was released early 2015. No cameras from Samsung ever since (I write this review on March 2020). 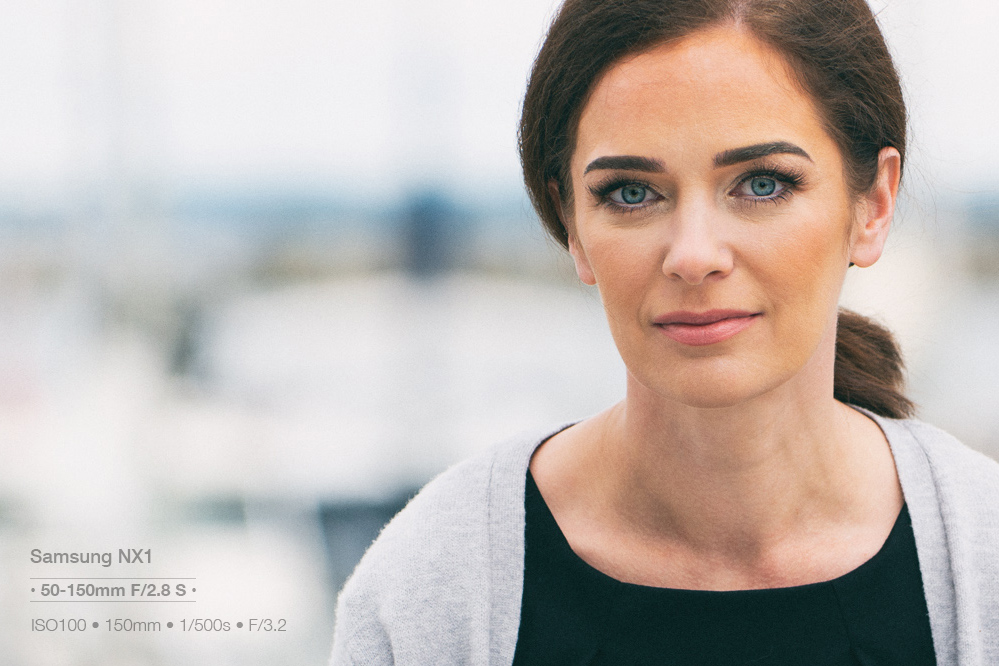 So what is it like, to use an NX1 camera? First of all it is very individual, starting with how well the camera sits to your hands, to how satisfied you feel the whole picture taking process to be. For me, both criteria are filled quite well, thus keeping the tool for a longer period of time. The camera is built around magnesium frame and has a weatherproof design, so you can focus on taking the photos and worry less about the conditions around. 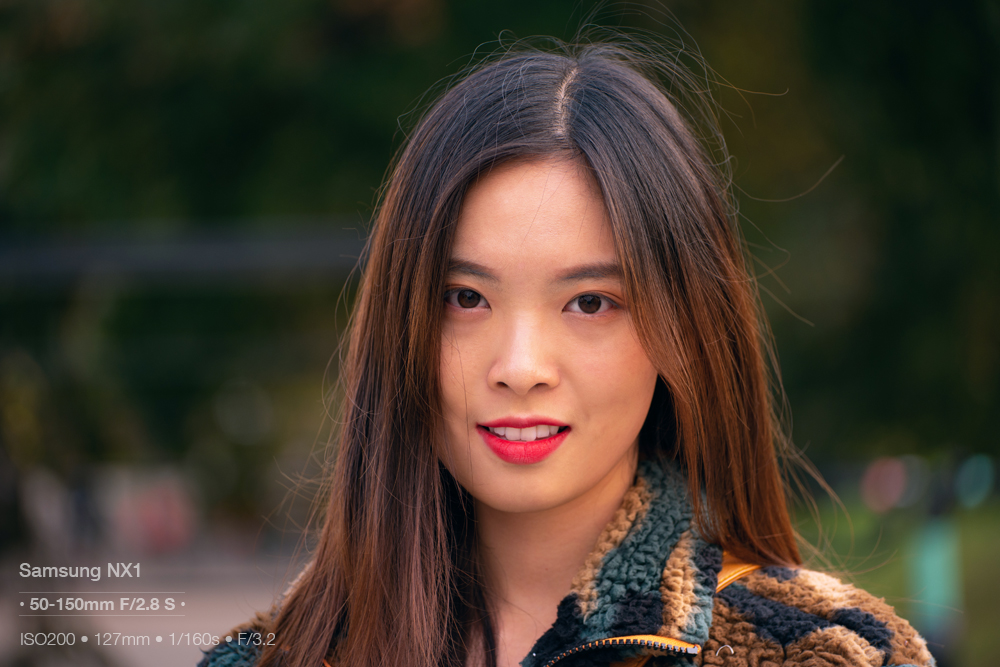 A few words about the NX lenses. Samsung had the following zoom lenses in production for NX mount cameras: 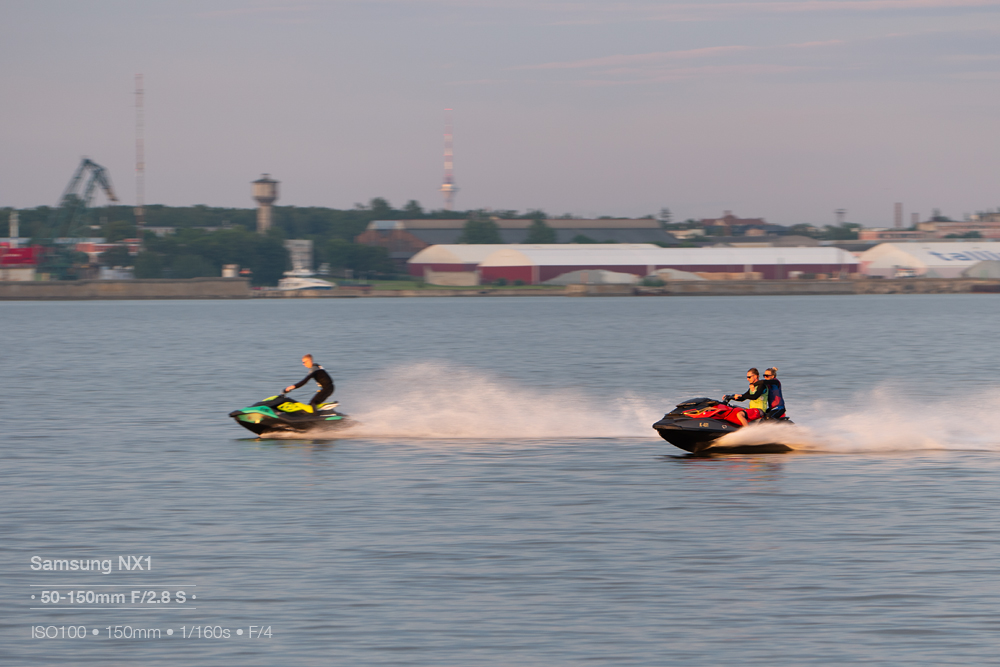 And the following primes:

• 300/2.8 tele prime - was a prototype unit and never in production; seen only on some rare occasions at larger exhibitions. 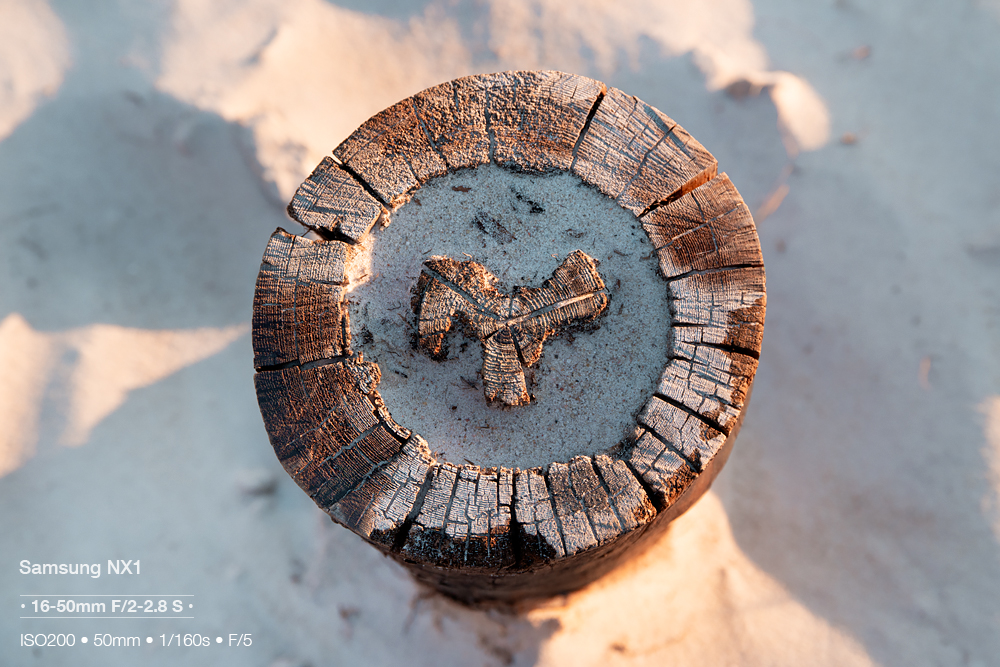 Most on the "kit" zooms are not so great. They take good photos at decent light, but you cannot speak about spectacular sharpness or depth of field. 20-50mm is considered to be a bit sharper than 18-55mm, while the latter has faster autofocus (which is also quite silent). 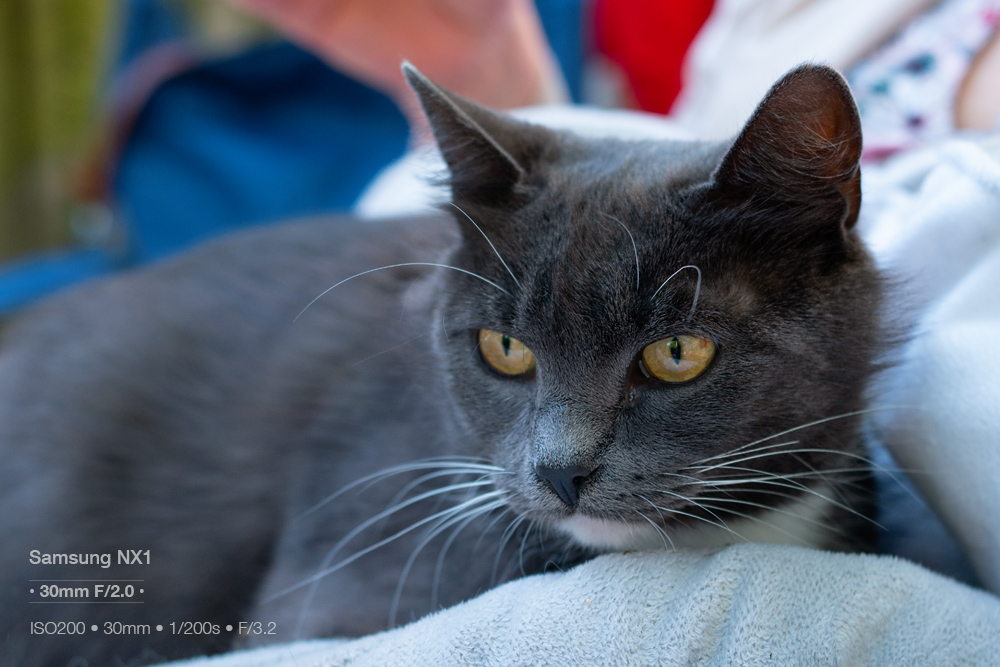 My story with Samsung cameras started by the end of 2013, with Samsung NX1000 hybrid, equipped with 20-50mm kit lens. The lens didn't impress me much - just a piece of dark glass with no character at all. Shortly after got my hands to 30mm/2 "pancake" prime, which is still one of my favorite, and which was also one of the reasons the NX line grabbed my attention so much. Years later I checked Samsung thread at Dpreview forums. One thing is for sure - the 30/2 was the favorite NX lens of many photographers. 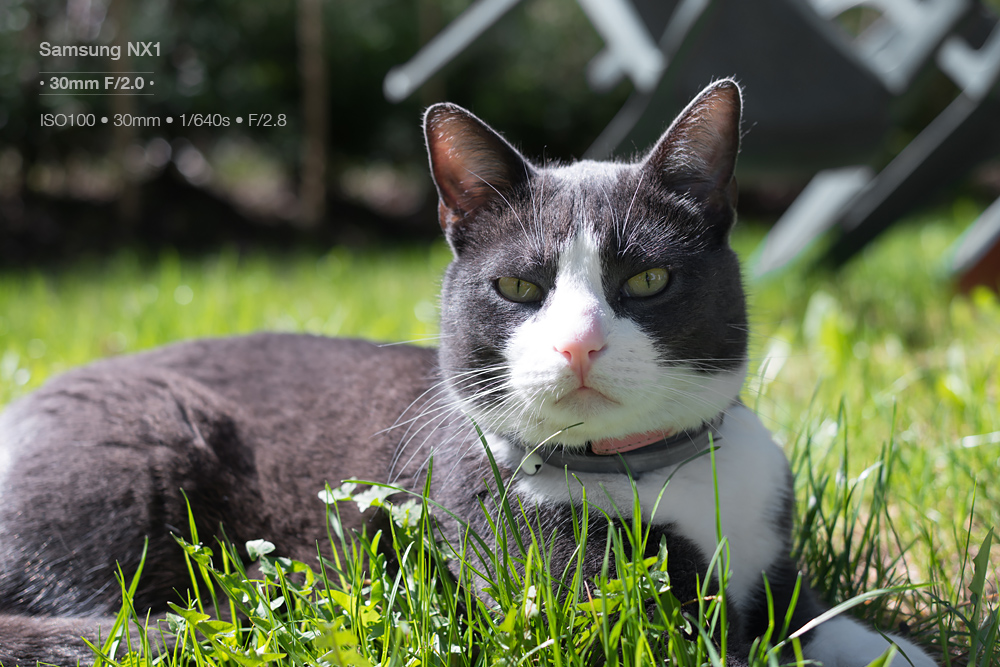 So after some initial test shots and several thousand images later, I fell in love with the 30/2 and a few years later this was the lens I mounted to NX1 as well. I was first afraid the lens doesn't perform up to the sensor of NX1, but it did, and did so quite well. 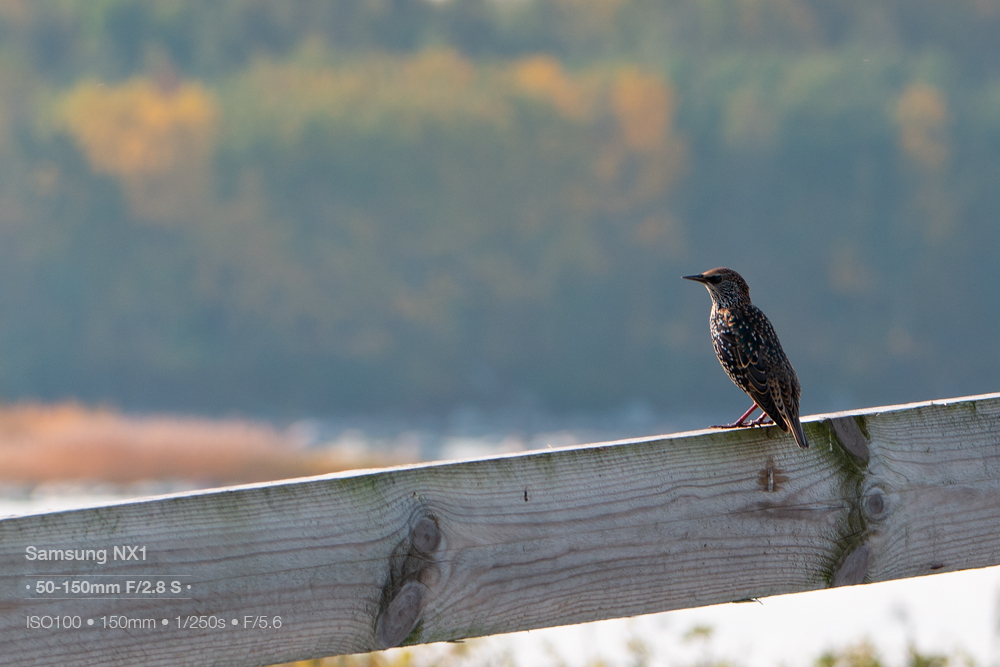 The magic and miraculous 30mm/F2 made me wonder about who's the producer of the lens behind Samsung's brand name? It seems the glass is manufactured by the small South Korean optics company called Optron-Tec. The business is about making different lenses and optics for several scientific optical instruments, so their ability to make high quality optics convinced Samsung to offer them a long term contract to create all their lenses. The contract was signed at 2009, just before the NX line started, and they were able to deliver the lenses five years in a row, including the top performers (85/1.4 and S zooms). To summarize this caption, I'd like to share a photo made with NX1 + 30/2 just to show you the capability of both the sensor and the lens. 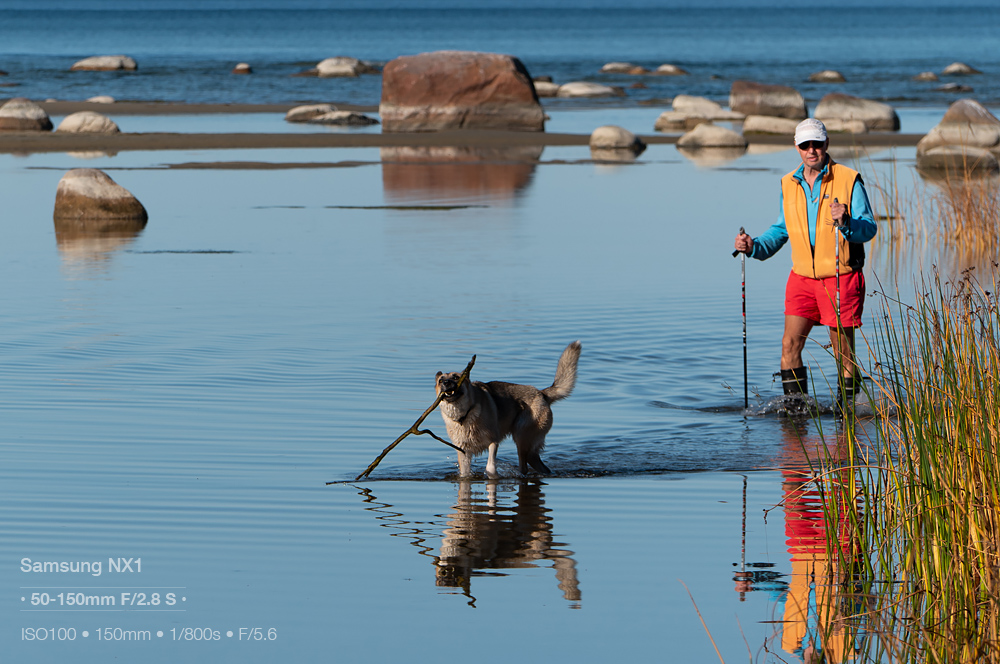 Samsung NX1 grabbed my attention (a few years later after the NX1000) and one of the reasons was that the price of the camera never fell as expected, but really kept the value. Besides being an awesome photographic tool, I think one of the reasons was also the discontinuation of NX line, so the cameras also have some value as collectibles. Many professionals still use NX1 as their main tool today, even though Sony and Fuji are somewhat keeping up. Three years after the announcement of NX1, Dpreview made an announcement that "NX1 is still impressive three years later" with a short summary they never understood why the NX line was shut down, while NX1 showed Samsung was years ahead from all/any competitor. Samsung never officially commented this as well. 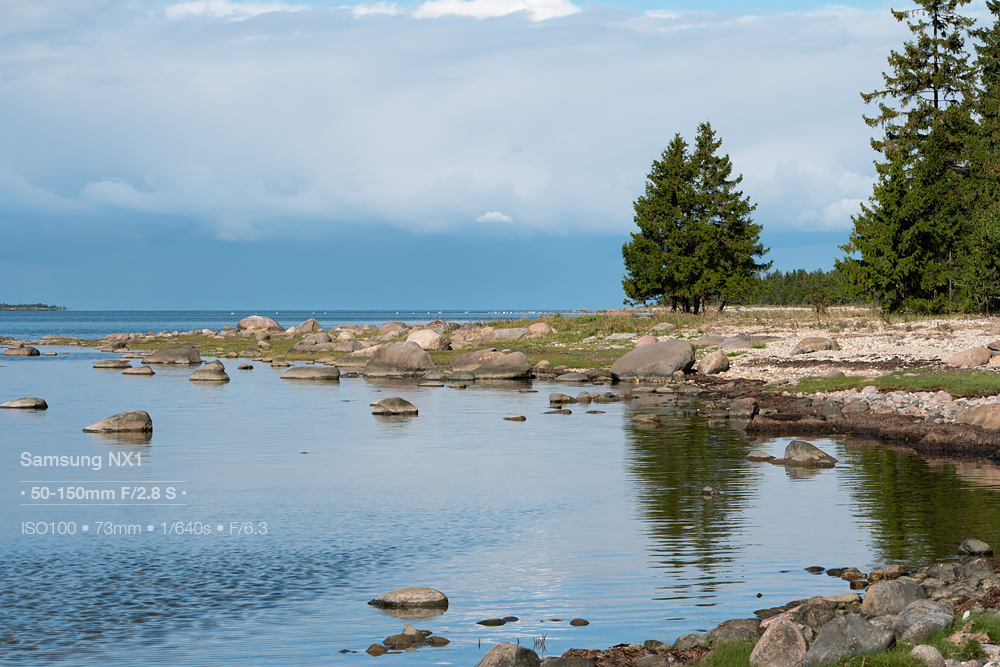 At the start of 2018 I saw someone selling their NX1 at a reasonable price so I decided to give it a try. The camera delivered quite a lot: excellent sensor, build quality, battery life, autofocus, 4K video, body ergonomics, highly customizable buttons. The camera is somewhat a compromize of smaller mirrorless cameras and larger DSLR-s. The first thing you notice about NX1 is its compact size and excellent ergonomics. It is somewhat smaller that APS-C DSLR-s, and much smaller that full frame DSLR-s. Hand grip is covered with a soft, comfortable rubber which really gives a nice grip when holding the camera with one hand. 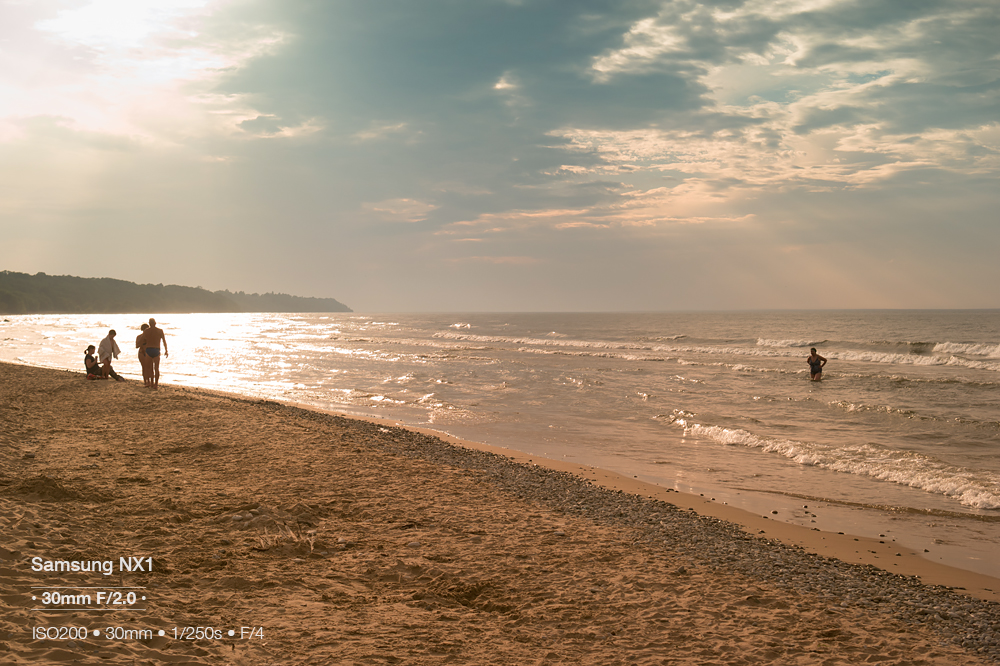 Something you quickly notice while actually using the camera, is how quick the camera works. The processor inside the camera is called "Drime V" (perhaps an Exynos based unit?), and is able to keep the camera running while shooting RAW files with tracking autofocus at 15 frames per second (which is equal to take a new photo after 0.07 seconds). The buffer is large enough for 22 RAW-s. The average RAW file size is 33Mb, so the theoretical processing speed of sending files to buffer is 500Mb per second and the buffer size seems to be around 1Gb with the writing capability of 500Mb/s. I currently do not have UHS-II SD cards in my hand to test, but theoretically NX1 supports UHS-II cards, which should be able to unload the buffer pretty fast (users report UHS-II cards are supported starting from firmware 1.4). 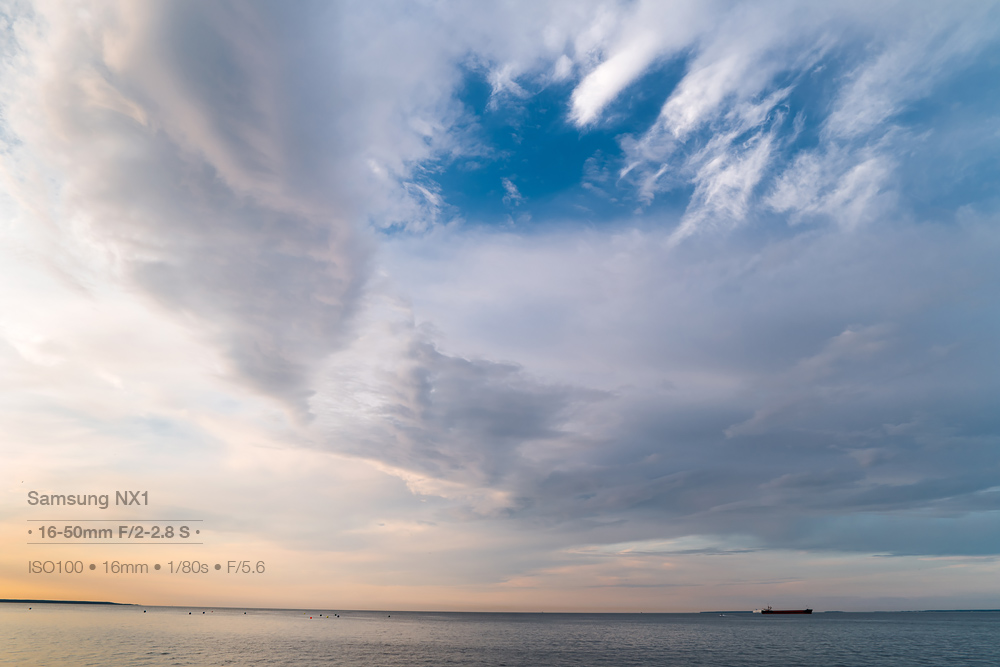 Autofocus of the camera is also pretty good. When Dpreview staff tested the autofocus of a fast moving object, they could not believe their eyes - the camera could easily keep up with fast moving object (this time Richard Butler riding a bike) and he was on focus on each shot, even though the focus point varied a bit from frame to frame, being a bit forward or backward for each shot. Pretty impressive though. For still life shots, the AF is fast and precise in most of conditions, and if autofocus is fooled, using the manual focusing is very easy, you can even choose different magnification multipliers (5x, 10x) for the more precise manual focusing. 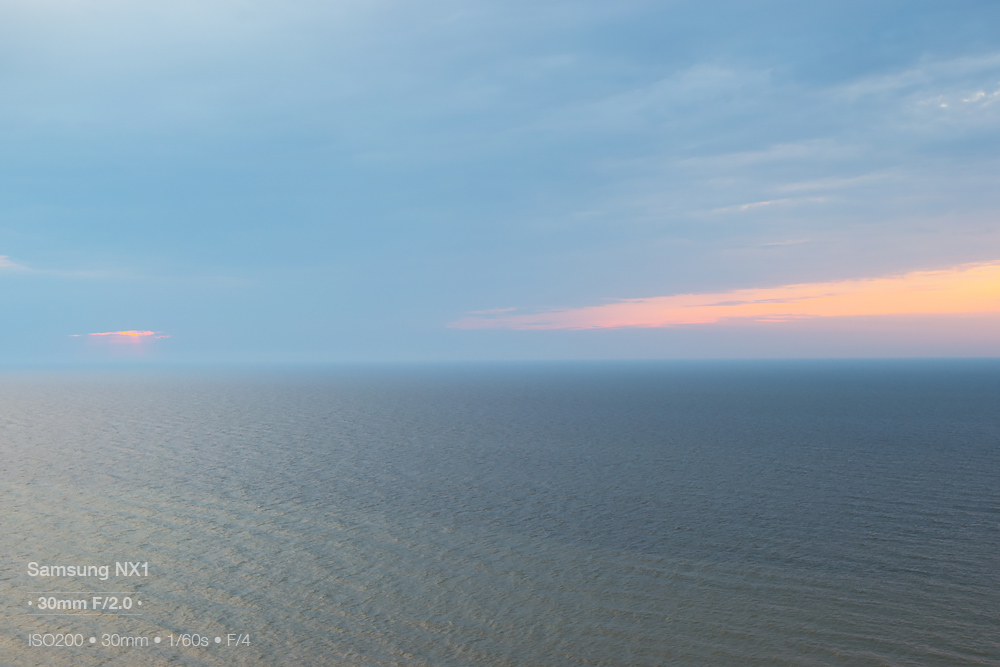 The electronic viewfinder with its 2M pixels is a bit outdated as of 2021, as new hybrids already have 4M viewfinders built in. The 2M EVF does its job decently though - it is easy to forget you are using electronic viewfinder at all. I'd predict the EVF-s will be 6, 8 or even ten megapixels soon - so almost seamless for the human eye.. technical side wise, I would not dig too deep into it - you can find the menus, specs and informations about all features about the camera from the internet easily. For me, there are a few basic things I need - a reliable camera with capable sensor and optics - this all packed to a comfortable, durable body. Buttons must be customizable, battery must be good. That's all I need and Samsung NX1 is offering all this and even exceeds it a little. 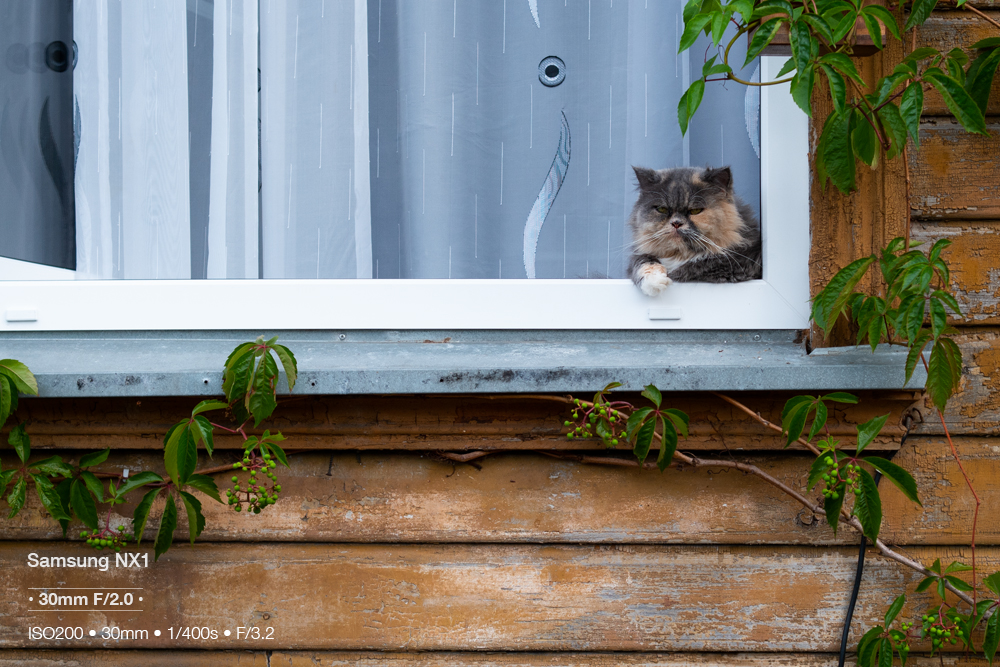 Finally, be sure to check out additional NX1 reviews over the internet. Many passionate photographers and NX camera family fans have posted their opinions.
Posted by bright at 21:01 1 comments