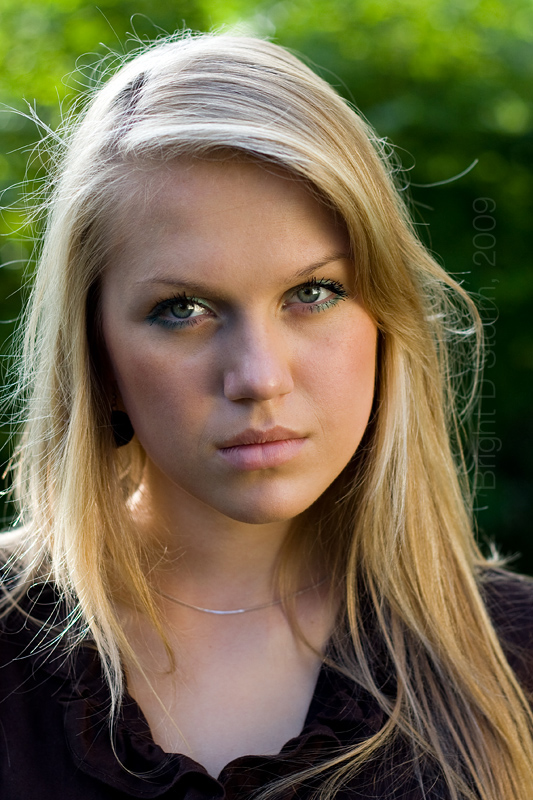 Shortly after the lovely mini-Olympus was sold (I still miss it :-) ), there was a chance to try the legendary XXD series semi-pro body by Canon - a 40D this time (Many thanks for Helen for making it possible :-) ). The first Canon from this line was probably Canon D30, a nice 3megapixel DSLR, first "small" sensor DSLR by Canon. The evolution after that was 10D (6mp), 20D (8mp), 30D (8mp, but lots of improvements for body), 40D (10mp), and finally 50D (15mp). A couple of weeks ago, Canon 7D was also announced. It is still arguable whether the 7D is the successor of 50D or has Canon launched entirely new line for high end half-frame cameras. 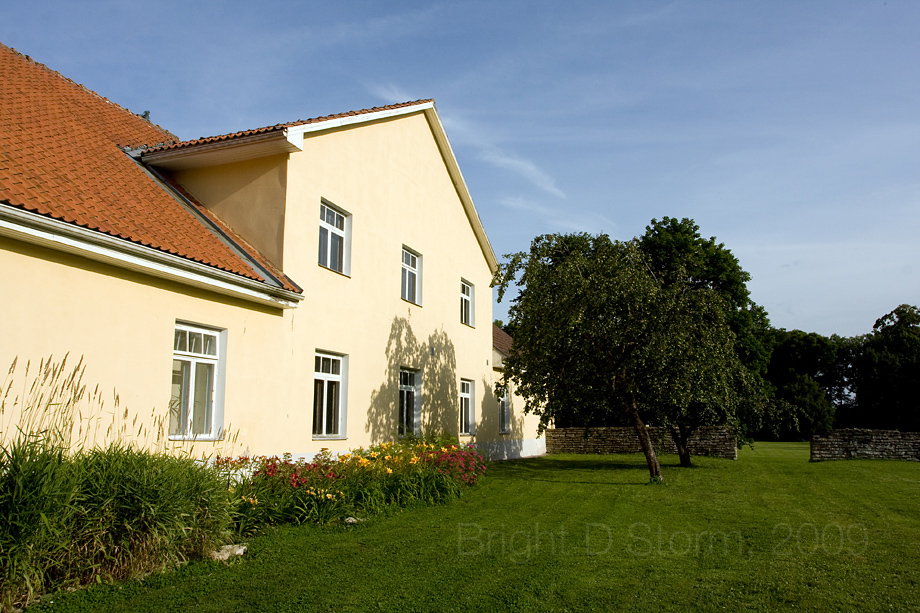 Well, one of the first things that makes Canon different from the "rest", is the size of their sensor. When Nikon, Pentax and Sony have the crop factor of 1.5 (the sensor size is approximately 23*15mm), the crop factor of Canon's cameras is 1.6, with the sensor size being around 22*14mm. So theoretically, the image quality might be a tiny bit worse, however in real life Canon has always built superior sensor, being one of the first using CMOS technology instead of CCD (as with the big competitor Nikon, the first CMOS sensors were available at 2008 (Nikon D90, D300), while the famous 10D released back in spring 2003. CMOS outperform CCD-s mainly in two areas: first, they consume less power; second, they produce less noise. The capability of the sensor was also one of the main reasons I wanted to try something from Canon as well - I hadn't had any Canon in my hands for a longer period of time so far :-) 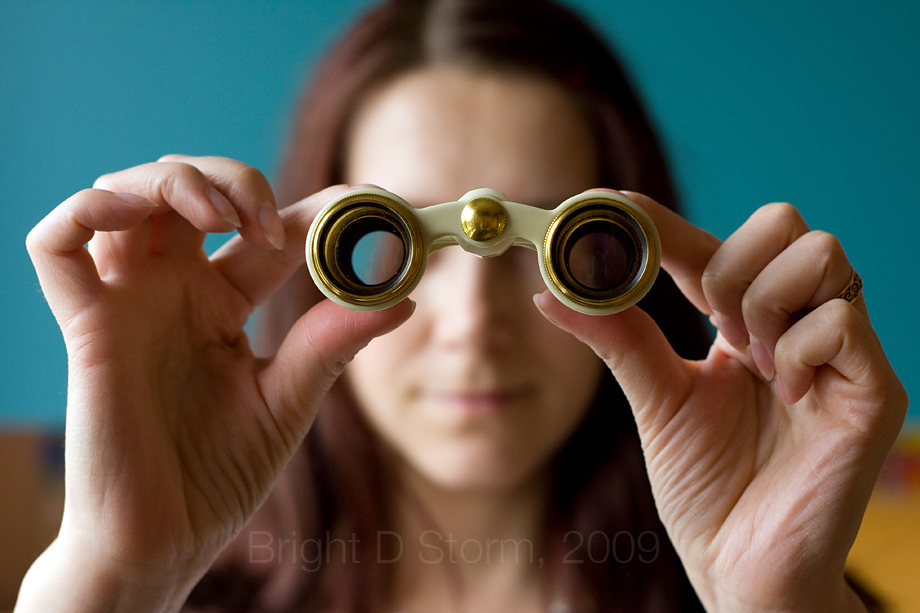 One of the issues people often like to argue about, is "where" the XXD line of canon really stands, compared to the Nikon's cameras at the same class? It is more or less agreed that the entry level DSLR-s used to share the same, "beginner" class - So Canon's 300D, 350D, 400D, 450D and 500D were considered be direct competitors for Nikon's D50, D40, D40x and D60. The qualities characteristic for this class was all plastic body, penta-mirror viewfinder and battery lasting not so good as in their big brothers. At the time 40D was released, it was more expensive than the Nikon D80, and not as expensive as the Nikon D300. At the same time it had faster focus, faster continuous shooting, metal body and CF card over the Nikon D80, but its build quality was not up to Nikon D300 level. So to summarize this paragraph, the XXD Canons had so far being class of it's own, more or less. At the time this post is being written, 2009, the market is much more sophisticated, so we can not even narrow down the classes, as we could, so far. 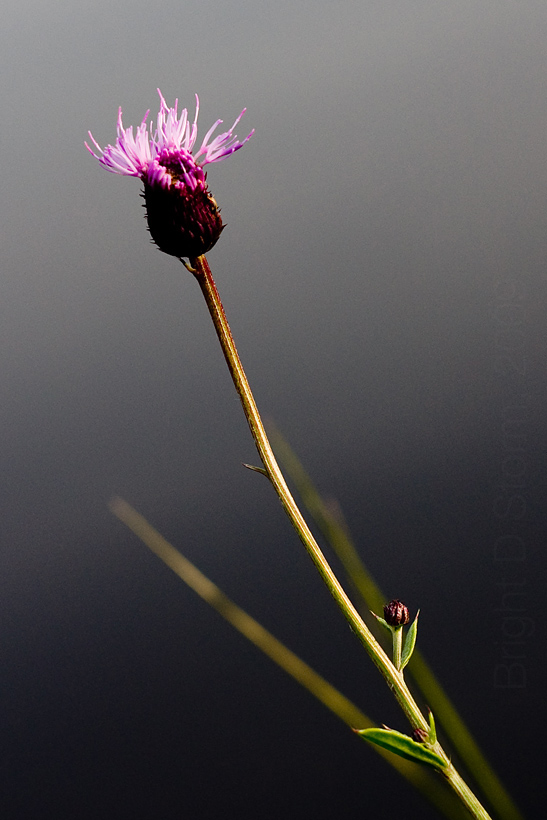 Another chaos has always been with the names of the two "Big" boys. 300D, D300, 40D, D40, 60D, D60. Can you tell, which are Canon's models, which are Nikon's? Probably not if you have not been fanatic camera geek over the last couple of years. The holy web is giving several answers to us here as well, with one of the dominant reasons being the marketing departure of each company - when the model names are similar, the users get confused, so not the Canon nor the Nikon has no certain advantage of sales, when it comes down to model names. 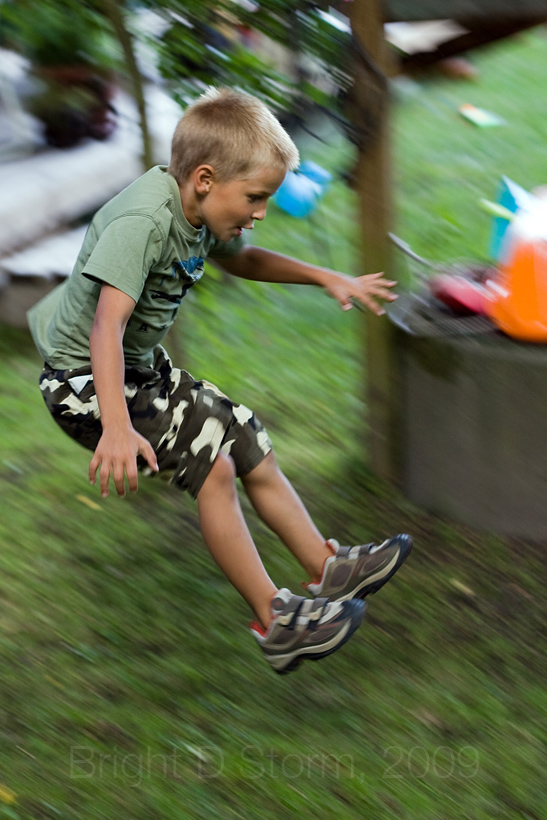 What is really excellent with 40D, is it's high speed continuous shooting - 6,5fps (it's like a sewing-machine :-)), which makes it excellent 2nd camera for any pro shooting anything that moves fast, whether it is sports, nature or anything else. The build quality of the 40D was not as good as I'd expect for a semi-pro body, in fact the more "amateurish" Nikon D80 even felt better. The battery lasts around 1000 shots, the viewfinder is excellent, the auto-focus is fast. What else can you ask? :-) The body itself is pretty large, compared with its smaller brothers, or Nikons 70-80-90D line. Though both Nikon and Canon come from Japan, there are fundamental differences in logic - starting from in which direction the exposure compensation wheel turns, to a small little details through both the physical and electronic user interface. Take Canon 40 (50)D and Nikon 80D (90D) and use them side by side, and you learn it in seconds - so different units, yet both ate very usable.. One thing that you instantly notice about 40D, is its relatively loud shutter noise. According to the forums, the new 50D has VERY silent shutter, so hopefully this will be a a tradition - to produce silent shutters - from this point on :-) 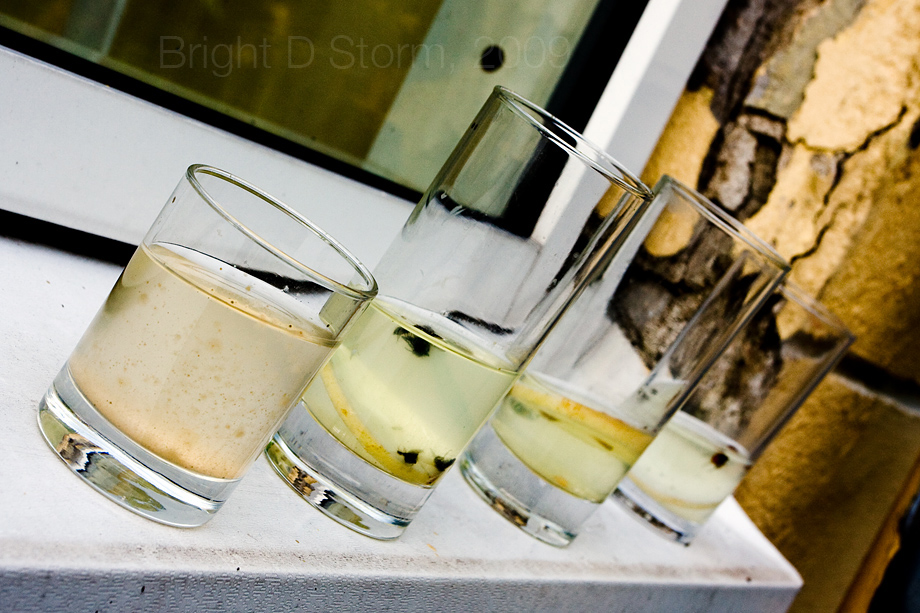 The bottom line - it seems the Canons are not built for me :-) Is it that I have used Nikons too much, is it the physical size of XXD bodies or is it something else - I just find Nikons to be more to my taste. Should I be able to use any additional Canon's pro body in the future, I'll definitely post some comments and pictures here as well - never say never :-) .. All the pictures seen here are shot with 50mm F1.8 prime or 17-40mm F4 L.
Posted by bright at 18:17 0 comments 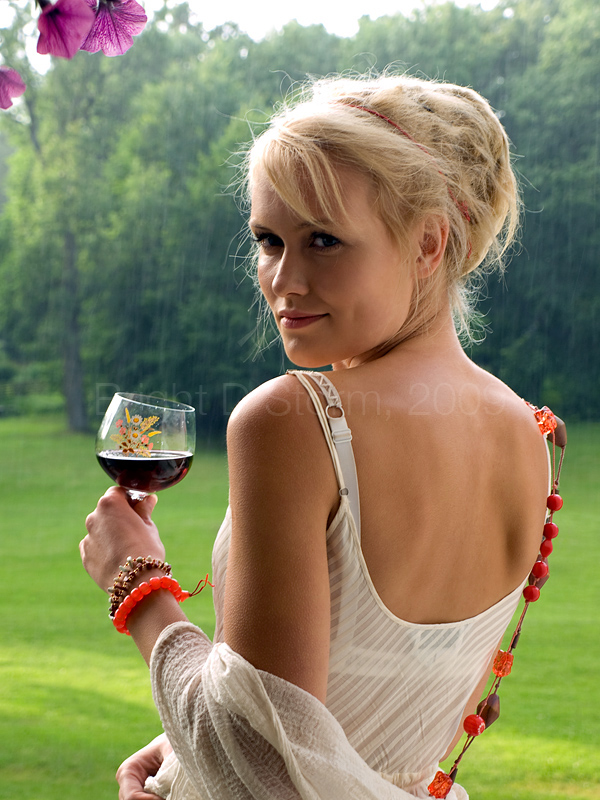 :-) I guess summer trends are not so sitting-in-front-of-computer with blogging-tweeting-crawling through the internet in Northern Countries :-) The Fall sounds much better :-) Lazy afternoons, short days, endless nights with favorite music - why not to write an article or two time by time when there's even not light enough to do something outside? :-)
(Click to the images for bigger size, they're mainly 800-900 pixels wide/high, so you can see some more details). 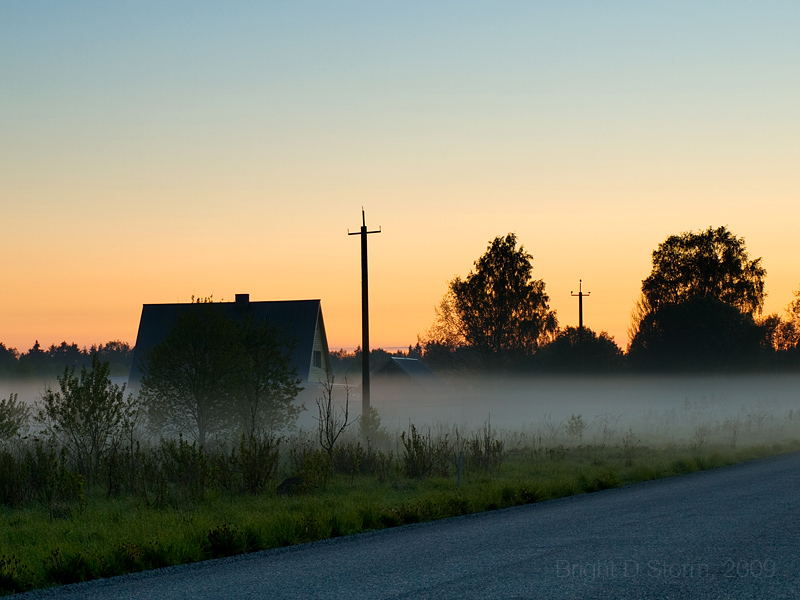 Short after the D700 test I found myself thinking about the "new toy" for summer - I never had tried any Oly(mpus) for a longer period, so this time the roads crossed with a tiny (okay, todays small "micro" 4/3-s are smaller) olympus E-410. How did it feel, in a word? Good! For its price :P I picked up one used paying approximately $200 for it (14-42 was included).

First emotion having the small oly in my (small) hands - it's not big at all! Compared with the (relatively) big D700, both in therms of size, weight and price :P (I think the price difference is about 10 times, whether it is new or used unit.. the weight difference is perhaps not so giant, perhaps Nikon D700 weighting approximately tow E410-s). 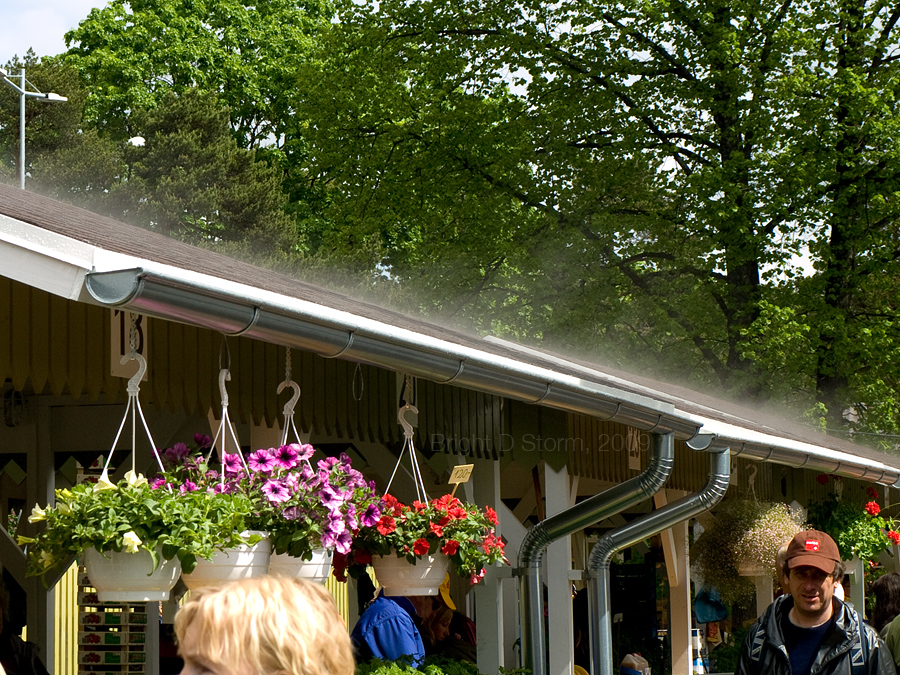 Besides tons of other differences between these units, one of the most obvious difference is the sensor size - this is also probably the main reason I wanted to try the 4/3 system - I wanted to know HOW good/bad the sensor actually is, in different (light) conditions. Just for reference, E-410 was released somewhere at spring 2007 - this is more than 2 years ago: today the latest 4/3 cameras (E-30, Panasonic GF/GH-s) have far better sensors than the one used at 410). Olympus is widely known for its high quality optics as well, so whenever someone has been loyal to Olympus brand in the previous decades, the bunch of lens collected at the photo shelf might be well worth considering continuing the adventure with having a nice olympus body in addition to the old traditional film one. 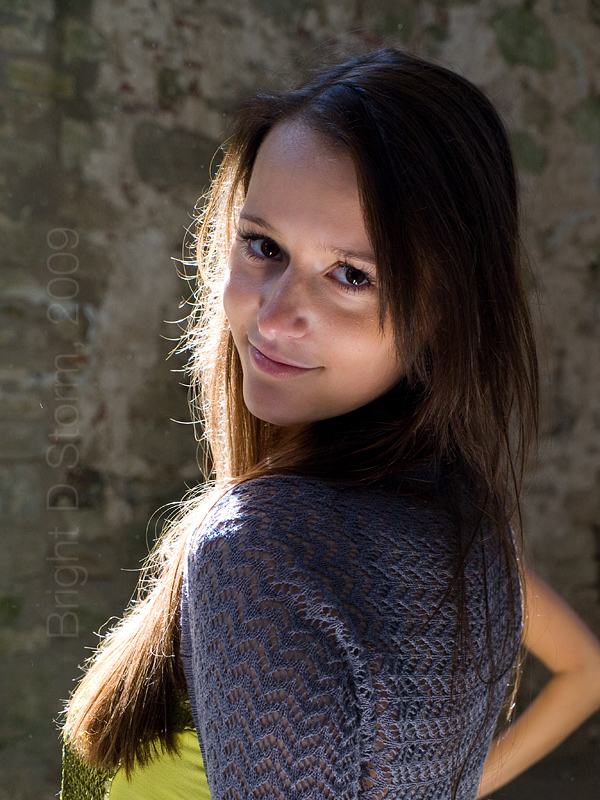 The build quality is relatively good. No plastic nigs-nags, the small body feels solid and thick. The lack of solid handgrip can at a glance be considered as disadvantage, however this is something one can get used to, relatively quickly. The whole E-410 concept can definitely be considered as something very compact - add the new "pancake" (some newer 420-s ship with 25mm pancake lens) lens here, and there it may fit some pockets! :-) Not a shirt-pocket, though. 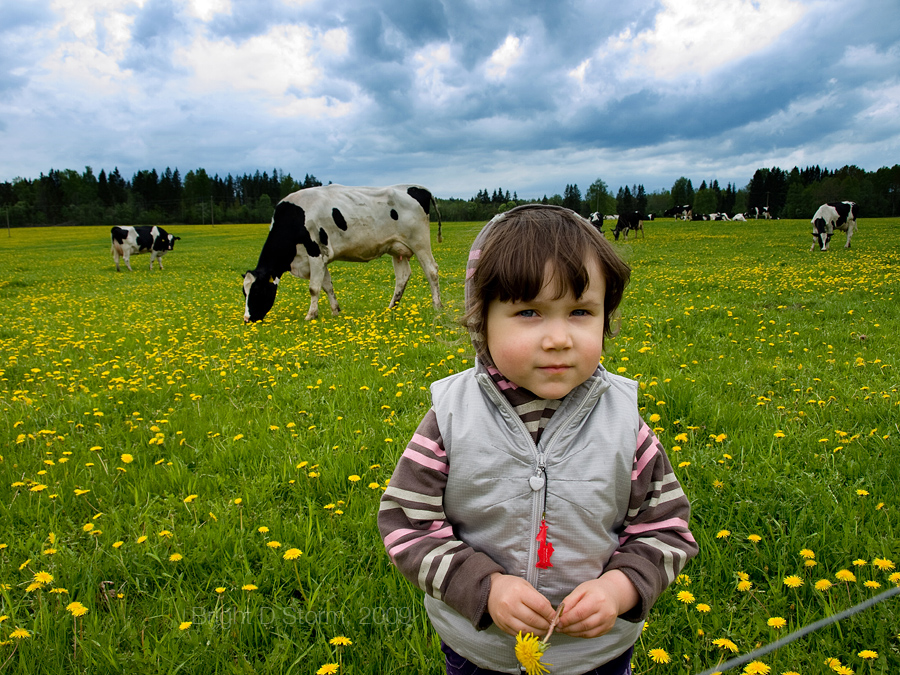 One thing that you might instantly notice, after downloading the files to your computer and reviewing them after that, is that the images are pretty much "cube" like - this is due to the 4:3 aspect ration, which is a step closer to a "cube" than traditional 3:2 aspect ratio image. I guess coming from 4:3 the traditional 3:2 may look like a panorama? .. 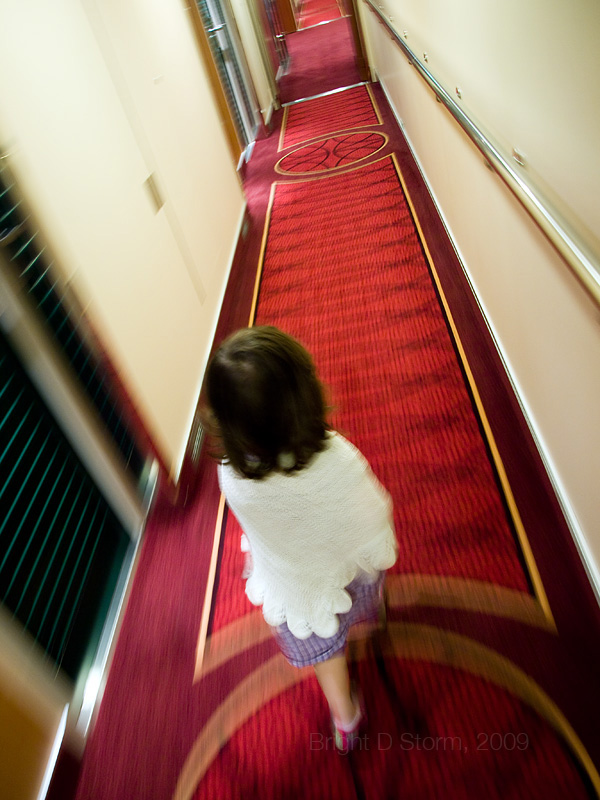 I'd say the capability of the sensor was exactly near to what I was expecting. Almost as good in terms of sensitivity, as the bigger old CCD sensors at Nikon D70/D80, but not having as much dynamic range, which is also very logical because of the small size of the 4/3 sensor. So the quality is better than the best compact in the market, but far from the quality of latest entry-level DSLRs (Nikon D5000, Canon 500D, etc). To get the most out of the camera, of course it is a good idea to shoot RAW - you just get more color data this way, so less blown highlights and burned blacks. 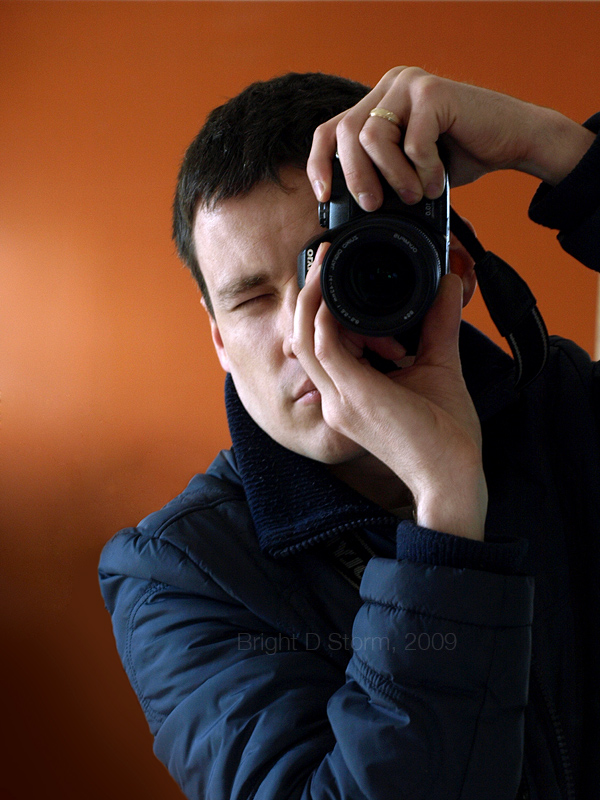 Any downsides as well? Yes. The LCD screen is not the best out there. Even the old 2.5" 230,000 dots (Canon 5D, Nikon D80) screens are better. I'm not sure about the resolution with 410, but the viewing angles are bad, and the screen contrast is very, very bad. In it's class (2,5 low resolution LCD-s), one of the best LCD screens I've seen is at Pentax K10D (I guess samsung has developed it - it really outperforms the competitors screens - good viewing angles, good colors and contrast, also very sharp, though has the same 230k dots). If you have seen the new 3,0+ 920k screens, this 410-s screen is definitely not something you'd like to dream about.. The speed of the camera was not great as well. Relatively slow autofocus, file recording time and speed of use in general. But again, when you look at the price, the whole unit is very very good. 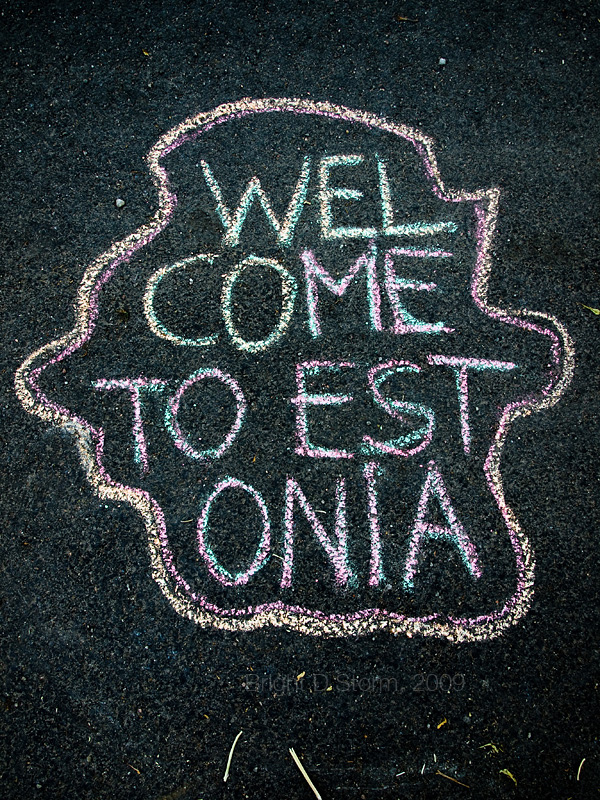 Using the camera more than 2 months I learned what I always learn with almost any camera - it really does not matter if you have the latest pro body or the cheapest entry level body - when you need to do a picture, you get it with your current camera, IF you know what to do - so understand the capabilities of the camera, conditions of light, shooting object, desired result, etc :-) Maybe still ONE thing I never got used to - it is the same lack of handgrip, which made the camera somewhat uncomfortable to use..
All the photos seen here were shot with the "kit" lens, Zuiko 14-42mm F3.5-5.6 :-) Obviously, the DOF and other image parameters is not near where it should be with some of the (portrait) photos, but overall - the kit lens performed pretty well :)
Posted by bright at 15:49 0 comments